Innovation / Beyond Tesla one Millionth car, can EV cars sell more than 40 millions in 2040?

Tesla just made its one millionth car this month (March 2021), this red model Y is a significant mark of Tesla hitting the first critical milestone. It took more than 12 years for Tesla to hit one million car target since the release of the Roadster, the first Tesla’s consumer car back in 2008 .

Interestingly, the future growth rate is much more astonishing, Tesla delivered almost 500,000 cars in year 2020 alone and with the exponential growth of sales projection to reach one million car sales in 2021 topped up with huge leap to over 40+ millions sales in 2040. This projection is indeed ambitious but also supported by continue expansion of Gigafactory in Shanghai and Fourth (and growing) Gigafactory near Berlin in Germany plus the growing trend of CO2 emissions resection by banning new sale of Internal Combustion Engine (ICE) vehicles around the world in 2030-2040.

Even though the growing numbers of EVs market are attractive, this rapid growth raise an interesting challenging question on how supply chain, especially cathode materials use to make an EV’s lithium-ion battery pack, could catch up with this aggressive growth?

The estimation of metals consumption to make one Lithium-ion battery pack per Tesla car is;

Looking from the supply side, considering the probability of supply shortage and scarcity of those four metals, Aluminum and Nickel are far less to be concerned comparing to Lithium and Cobalt. As Aluminum is 7th most abundant metals on earth with 64 million tons production per year and Nickel production is 2.7 million tons per year with 78 million tons reserve.

On the other hand, the current production capacity of Lithium is only 0.077 million tons despite the reserve of 94 million tons due to the challenges of mining facilities expansion with huge CAPEX, specific technical challenges that effect the return on investment, and negative impact to environment and long-term sustainability.

While Cobalt production is 0.14 million tons with the reserve of 7.1 million tons due to no native Cobalt in nature and most production is yielded by by-product. Additionally, Cobalt is mined all over the world but 50-60% of the production of global supply chain comes from the Democratic Republic of the Congo (DRC) which facing huge threat in political unstability, on going waging internal conflicts, and abuse of child labors.

As the growth rate of mining production of Lithium and Cobalt has not exceed two digits numbers for more than a decade, expanding the supply of those metals to meet with market demand will be challenging.

Despite the slow growth rate and challenges in Lithium and Cobalt mining capacity expansion that may cause potential metals shortage in the near future, there are major changes happening in the industries from both players in supply and demand side.

From the demand side, the cell manufacturers and automakers are well-aware of potential Cobalt shortage issue, and continuously finding new technologies to drive down the cobalt contents in Cathode materials with the target of Cobalt-free battery.

From the supply side, Lithium supply security has become a top priority for technology companies, alliances and joint ventures among technology companies and exploration companies continued to be established. Emerging technologies for better Lithium extraction are gaining traction with great potential for large-scale adoption in real world mining application. 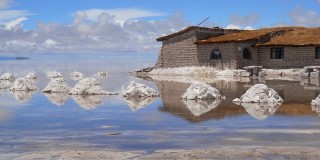 Is there enough Lithium for Electric Vehicles and where does Lithium come from?

Rising demand of Lithium and its potential challenges

Nanotechnology is the design, production and application o... 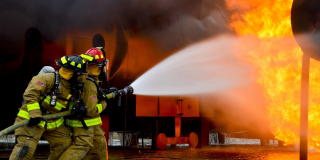 A Ban in Chemical Flame Retardants Lead to an Alternative One

To meet fire safety standards, flame retardants have been...